The lady of my life.

I decided that perhaps you should really get to know the lady in my life.

She is lovely, beautiful and dangerously intelligent as most who have spoken to her know. We met on a blind date having known each other by passing only as I was taking college and she was insanely too smart for her high school so fate put is in class together.

I don't believe she liked me at all. I was too much of a *pretty boy* for her. I of course noticed her right off, not many woman keep their hair as long as I did. We met formally on a blind date, talked well into the next day, two days later we were unofficially dating and one week later we were engaged. The struggle in our relationship was that she was underage (yes I robbed the cradle but she robbed the grave!) but six months later we were married.

Even though she is not a mother I still honour her for Mother's day to the most special lady of my life. So here she is, well she's camera shy this is the only way we can take a photo of her. 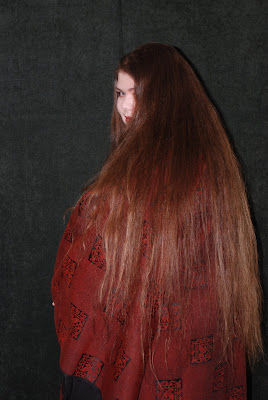 Posted by TotalLunar Eclipse at 11:49 PM