Miss Elle Laval treated me to the work of one of her friends known as MadCow. I already like the fellow due to name association. The display just opened yesterday during the dance, afterwards I had the pleasure of wandering and I suggest to those who can appreciate a good build or just want to go see something cool to wander over.

The theme of the exhibit was tarot cards and his rather steampunk cyborg/fantasy/oddball interpretation of them in SL. I know a little about them myself having a distant relation of my human able to read and interpret.

Still an impressive exhibit I encourage the Wulfenbach clan to wander over. 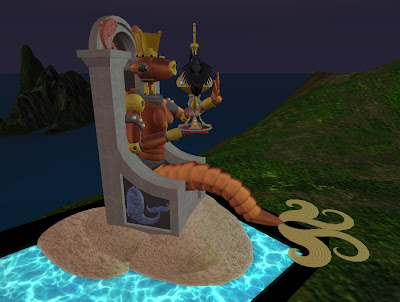 Every concept has a description of the card it was concieved from and its meaning. 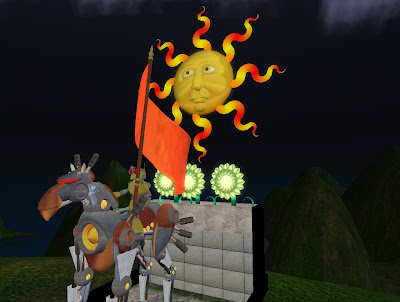 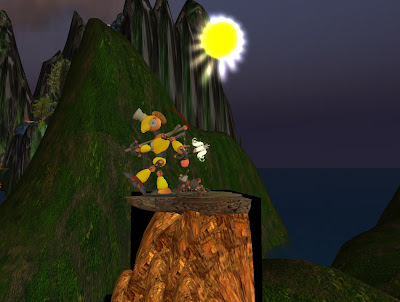 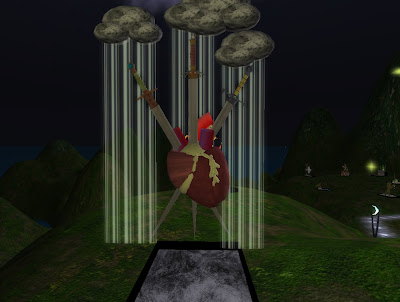 This is a minor arcana card, however, when its energies manifest, it can seem like a major event at the time, due to its intensity and how it makes you feel. The card symbolically shows three swords, one dripping in blood, which represents pain and distress. Often a separation from someone occurs at this time or some kind of friction or dispute. It often feels quite tormenting and hurtful at the time and is difficult to get through while this feeling lasts.

Three people may be involved in a dispute or go their separate ways, or become involved in an emotional tug of war. Hewever, once the anger or hurt is expressed openly and each airs their grievances, it is usually only a matter of hours or days before you feel better again and the issue may be resolved permanently, or at least for the time being, which eases the stress levels. Sometimes, a person may need to have an operation or there is some minor injury, which usually heals quite quickly. 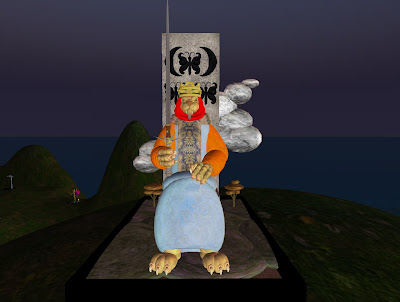 Physically he is usually tall and relatively slim. Sometimes bearded and with piercing eyes, either blue or black. He sometimes gives an austere appearance. He may look like he doesn't smile too often. He may not age well and could tend to look rather weathered or older than he actually is, even at a young age. Mostly he would have dark hair. Conservative in attire most of the time. Serious manner in appearance and clothing.


Personality: Can be abrasive, tactless and have a harsh attitude towards life and his efforts for survival. He may have fought various battles, personal or in times of war, that have left him feeling empty and scarred. He may even have a physical scar on his face or hands. He tends to treat people abrubtly, as if they annoy him just by their presence. He is serious and often secretive. Often, what he doesn't say, says it all. His look can condemn. He likes to be in charge and in control of his life and his environment. He is generally in business suits or a uniform of some type. He appreciates the discipline of keeping up appearances and likes his boots polished very well. He may actually collect old relics or swords as a hobby and enjoy cleaning and polishing them and putting them on display in his home. He is generally tidy by nature, methodical and despising clutter and useless items. He believes that life is meant to involve hard work and he would not like to be unemployed at any time, as he likes the structures of time and discipline in his well-ordered life. He would appreciate a good steak. He dislikes waste and frivolity.


He has the gift of intelligence, commonsense and foresight. He likes to have well-defined plans and goals. He is a stickler for rules and doing his duty. He is a born leader. He appreciates time. He is capable of being the instructor.


Occupations suited to him would be the head of a company or large organisation. Also he would make a great surgeon, doctor, police officer, dentist or anything that involves the use of sharp items or weapons. He would make a good soldier, warrior, fighter or leader of a revolution.

His future lies in being more open to others if he is to feel fulfilled at the end of his life. He could fall in love again, or renew his vows with his wife if already married. He is faithful though observant of the beauty of women. He especially admires women of grace and good manners. He is as vulnerable as the next man, but rarely shows it. He will have a relationship if she shows enough direct interest in him.


A bit too accurate for my taste, I do not believe I've had the pleasure of a truthsayer reading my future the last two cards hitting a bit close to home than I would have wanted.

Although it was late and I wish I would have taken note of all the exhibits to view here it is better to see it yourself. I believe I was told the exhibit would be avaliable through the moon cycle. Kudos to MadCow for this.
Posted by TotalLunar Eclipse at 6:48 PM