Was Rome built in a day?

It has been awhile since myself and Tensai joined forces to build together. This time the student became teacher... then the teacher got a boot to the head for being a know it all.
I give you, the Justice League Building... built in two days. All primwork done by Tensai & Lunar Eclipse, custom textures by Eladrienne Laval. 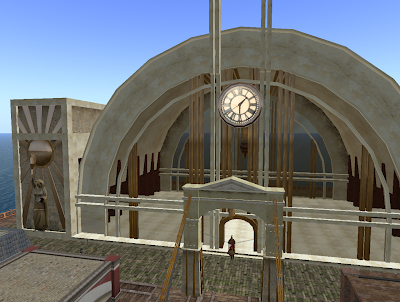 I decided instead of having a mural of Lady Justice a prim version of the lady would be more striking to her honour. 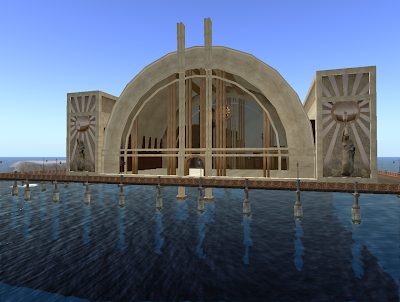 A photo of its RL concept, the Cincinnati Union Station. 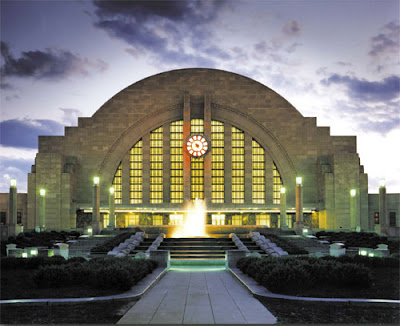 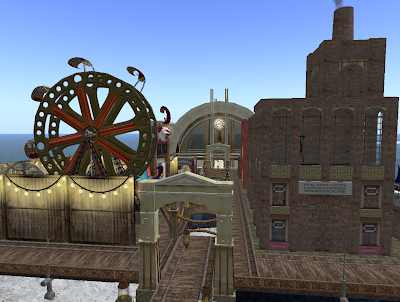 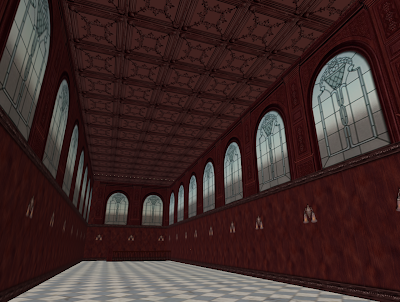 Good for its intended use of holding meetings and having live entertainment. 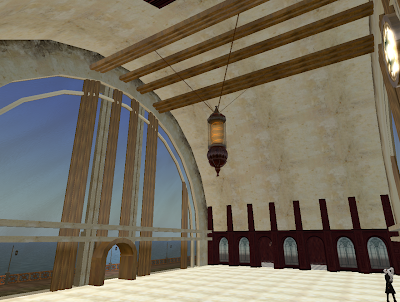 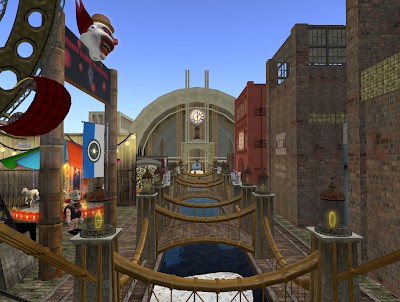 Its a beautiful addition to the skyline of the pier. Though I have to wonder about having the Justice League being so close to Evil Tiny Kitty Labs....
OH WELL!
=^.^= <-- oblivious
Posted by TotalLunar Eclipse at 1:45 AM

The Steelhead Pier is totally awesome! It's far beyond anything I ever expected. Thank you, Lord Lunar and Lady Tensai

And given the inhabitants, I'm expecting a great deal of excitement will come from Port Harbor. Makes me rather glad I live in peaceful Harborside. *grin*