I build... A LOT. A vast understatement, 60% of my time is spent building. I find great joy in it, some ask if I ever get tired or need a break... it actually is my release.

Normally I will list my big projects in here but I have been doing a series of smaller projects and have finished most of them before I start work on... the castle...
I created two little storefronts beside Pearse'd & Cut, both are now filled. One is E. Laval the other Poses by Greegar. They really add to the theme of Capital City which to me is that red brick. Ok I'm rambling I am content with the way they turned out. 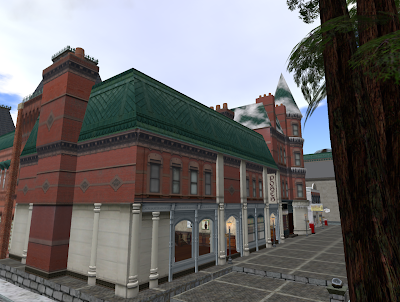 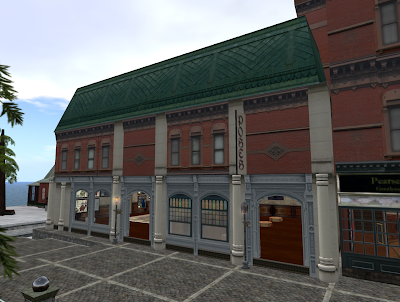 I know they're steps but I rather like these steps. Found Main Steelhead off the docks. I may implement them in other areas because I like them! 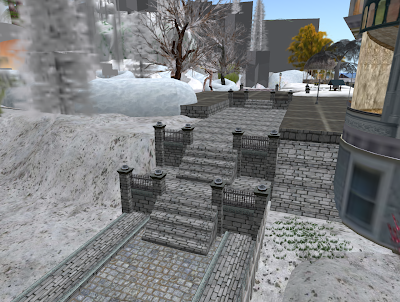 Sheriff Fuzzball's house was several firsts for me and Steelhead. It was my first residential build and also the first Victorian styled home in Steelhead. The more I learned to build the more I kept looking at his house and wanting to remake it... I finally did. Two days I think it took?

Its a fine house with an equally fine cannon ball aimed at the station which of course I am going to rebuild but that's another post. If you would like a tour ask the Sheriff. 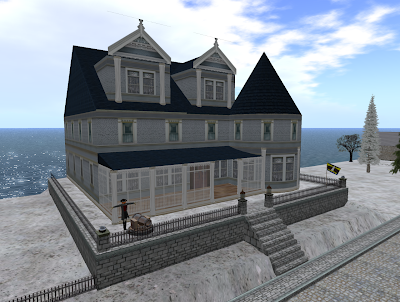 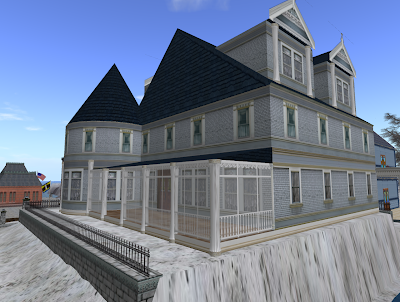 I realized how much time I didn't spend at home. I do not even think my home point is set to the house. Sadly I took the tree down and decided to go with a small cottage instead as the only pieces of furniture I had was a couch and a bed.
Its a lower prim cottage I may actually sell this and several variations. There is a lot of trees and I even have a pet bunny now who likes to run around and eat carrots. 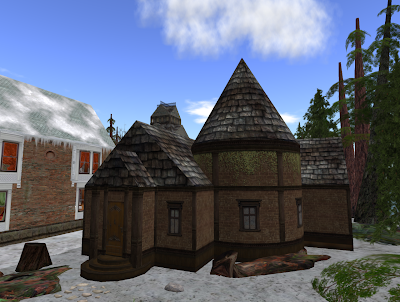 If you have wandered the main city you already know our storefront is gone, it was hard to give up half the lot but we did. I took down the store bless its heart and erected a build that better suited the landscaping that Steelhead is turning out to be. Formally TensaiDesign now Ye Old Curiosity Shoppe based on a RL store in Seattle that sells oddities, that fits for her I think.

Here's a sample picture of a store I had in mind. 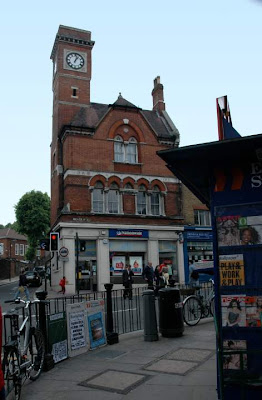 And the build that came out of it. 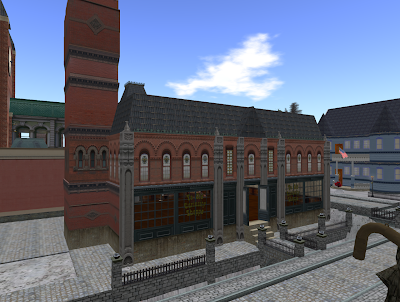 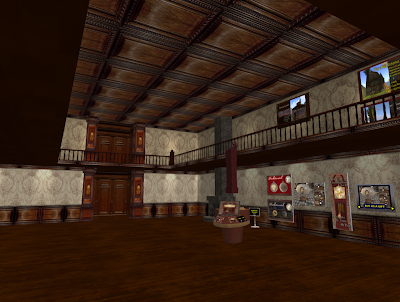 What else to build, the small fish shacks in Port Harbor, the two storefronts beside ours, revamp all the streets in Main Steelhead and Boomtown, rebuild station, rebuild this, that.... castle... sell some houses, elven village... no custom work no custom work...
Stay tuned for more MADNESS!
I would like to thank Eladrienne Laval for her work in helping me with texture tweaking and trying to keep me on a build schedule because god knows I need minions.
Posted by TotalLunar Eclipse at 3:40 PM