Attack of the numbers

Why was six afraid of seven?

Because seven eight nine... get it... get it? bah never mind

As per Miss Elle's recommendation I put away the saw and chisel and packed a satchel of food and began to do a walkabout. Being the type of individual I am my focus was to visit builds that had been highly recommended to me.

When I came to Clock Island it struck* me as walking through a Salvador Dali picture. There were numbers discarded everywhere, and in the centre of it all a giant ominous hourglass beckoned you near. Alas my Japanese is not as fluent as it had once been so a few items remained illusive to me. 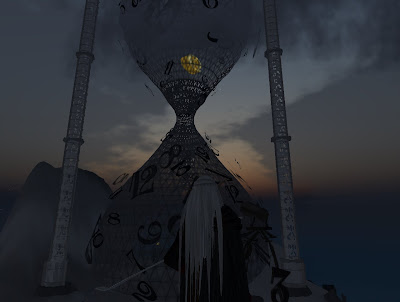 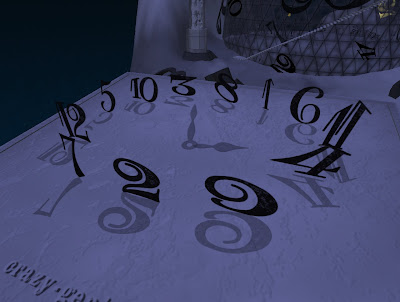 Above photo: An actual working clock with shadow detail. 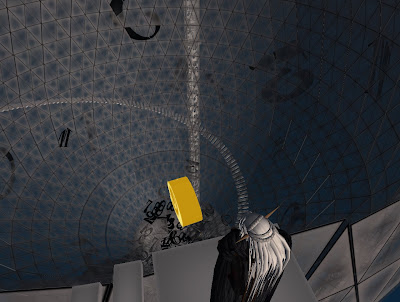 Above photo: like a morbid dream you walk up the narrow spiral staircase until you reach the top and look down as random numbers fall below. 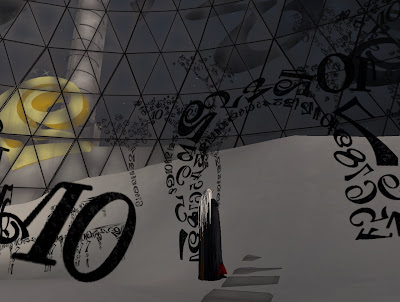 It was a garden of time. The trees were numbers, the arch numbers and running around the ground was a 5 with two feet I could not catch. Eerily enough the words of one of my greatest mentors comes to mind. "Time is short, do not waste it."

Posted by TotalLunar Eclipse at 1:55 AM

So glad to see that you took my advice...