The Nile Exhibit at Greystoke

For those of you who have not visited The Duchy of Greystoke... then you are indeed under a rock.

Gnarli has gone and outdone himself bringing artifacts from ancient Egypt to benefit the RFL in SL. I can tell he had a good time putting this together. You walk into a bazaar which has many vendors with RFL items for sale... mind the dancing snakes and spitting camels.

I invited Miss Laval to tour the ruins. Here we are at the feet of the sphinx... his head was cut off in the photo. 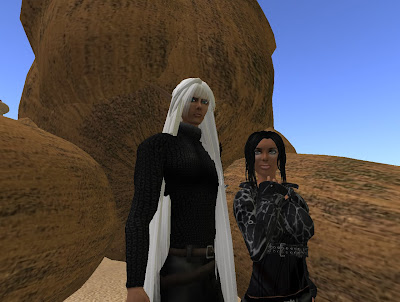 This appears to be some sort of maze, but Miss Laval tells me its a temple.

*puts on his dunce cap* 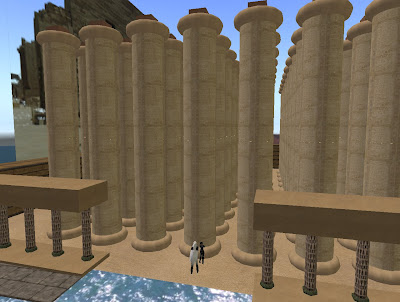 We crossed the Nile and made our way to the pyramid. I won't ruin the surprise stored inside but I promise its an ending you won't forget. 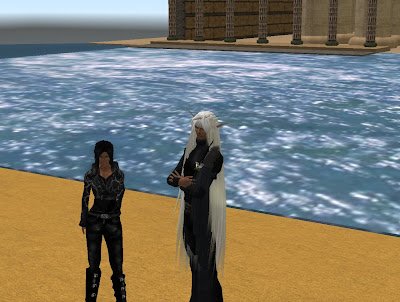 Posted by TotalLunar Eclipse at 11:48 AM

Oh dear! Not sure you made it past the first trap- go downward from the passage in the main chamber instead:))