As Steelhead heads in the midst of further expansion it was about time we set roots upon the lands that helped us further ourselves. For some time I had sat upon the newspapers of Caledon waiting for a piece of land for Steelhead to claim. Usually being two minutes too late to stake claim was rather disheartening.

When Nix Sands offered up two seperate lots I immediately sent him an owl and went myself and waited for him there. Perhaps the gentleman thought I was a stalker, but we now have our Embassy.

I give you Steelhead Embassy, Caledon Penzance. 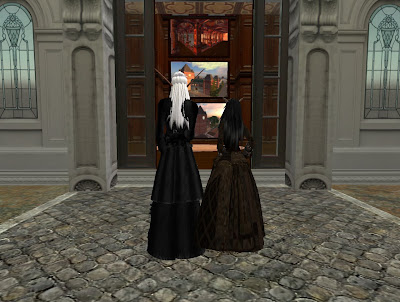 Miss Laval and myself stand at my two hours of handiwork. Modeled after the Steelhead Town Hall I wanted a building that would stand out from the brilliant color of Penzance. I believe I am satisfied with the results. 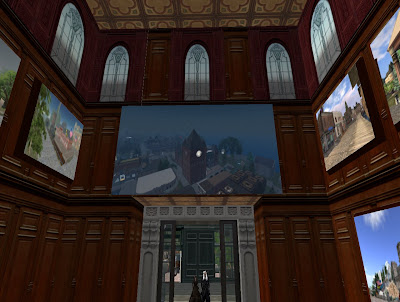 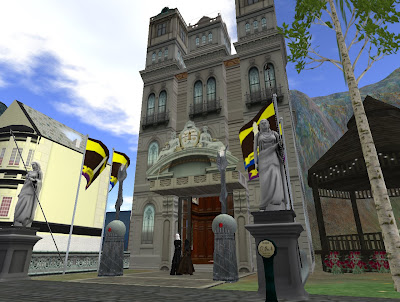 Posted by TotalLunar Eclipse at 2:39 PM