The mad scientists vacates the building before blowing it up.


After receiving a missive from Miss Alter suggesting we should meet with the prospect of putting this ugly suspect thing behind all of us I returned her missive with an owl of which never found its way back with my response.

The Baron had intended on listening in as a liaison for the meeting but this day he was not to be found. I asked Tensai to stand as witness and she readily agreed. Today this evening in the confines of my unfinished office I sat down with Miss Alter, Cato Quan and Tensai. 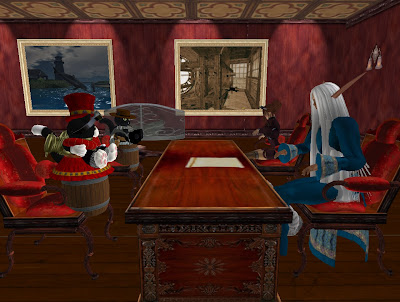 Lunar: Perhaps, as a sign of goodwill and gesture you could let us examine the silver you have and its usage in your labs.

Lunar: What is the silver now?

Malegatto Alter: The silver? Oh. In my gun?

After informing Miss Alter that the act of her creating silver bullets would hinder her standing into this investigation than help it she agreed to give me a sampling of her silver so it could be tested and her name would be cleared as a possible suspect in any future dealings.

She produced this odd thing: 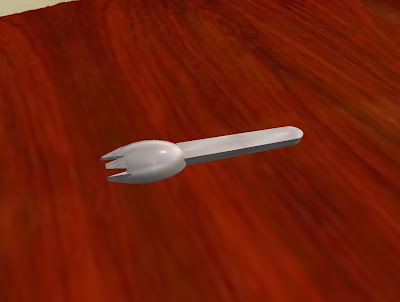 TotalLunar Eclipse examines this 'spork' wondering what its significance is

Malegatto Alter: Well, I "was" going to gouge out one of my rude neighbors' eyes with it, but decided against it

Cato Quan: I t will revolutionize cutlery as we know it 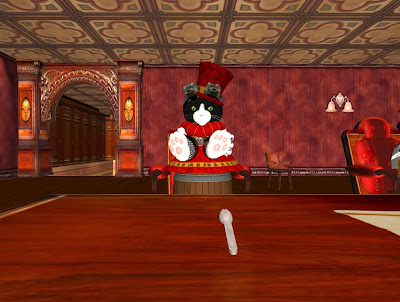 Lunar: We welcome a bit of insanity from time to time, those explosions really leave a beautiful sunsets.

Malegatto Alter claps her paws...I do so enjoy a good explosion!

Tensai Hilra: yes, we have a policy now of removing old buildings... forcefully

Cato Quan: Do you vacate them fist? I don't.

It became evident that having two mad scientists in the same room = trouble.

Malegatto Alter: As much as I would've loved to have taken a few shots at him(the sheriff), it was not I who did it.

Tensai Hilra: from your reputation, I would have hoped better aim anyhow

Malegatto Alter looks at Mr Quan...I like this one. Heh. 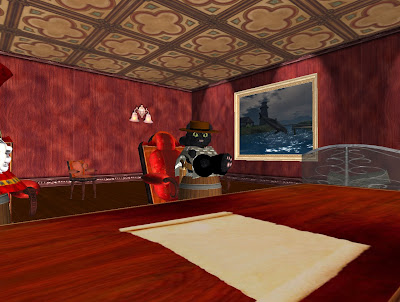 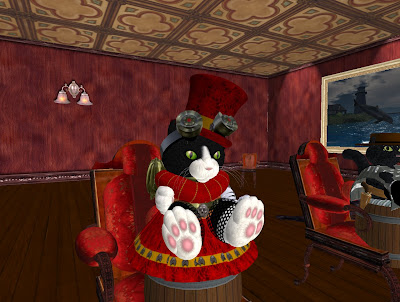 Lunar: We shall keep this non aggression pact

Malegatto Alter: I shall try to keep from attacking Steelhead and its citizens for the time being...more or less...maybe...kind of I'll try

Lunar: Well its the thought that counts.

Tensai Hilra: it's all we can ask for

Tensai Hilra: well I wouldn't expect you to take abuse, but please, don't destroy any permanent fixtures at least that's my rules I have to adhere to

Malegatto Alter: Mot even a "part" of the dam? A teenie weenie part?

Tensai Hilra: no. it needs to remain intact

Cato Quan: I can pack it as tuna in New Taloo! Salt it for sale in caledon

Lunar: its the only way to keep those dolphins safe

Cato Quan: Use the oil to light up babbage

Malegatto Alter: I believe we have covered everything I am satisfied with the terms of the agreement Especially as...

Lunar: So, for now a mutual truce 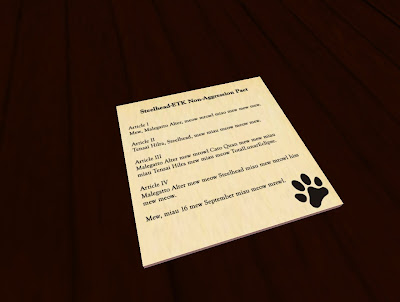 She says 'for now' but what about later?

Posted by TotalLunar Eclipse at 12:21 AM

Sporks have been standard issue to the Caledon Armed Forces for some years now.

And their history extends back even further.

Good grief...that's looks very much like the silver sporks Edward and I had for our wedding...

Hmph. Your owl never made it to my office, either. Frau Tensai, however, was an excellent choice.