Last night we declared to the world we hated snow... 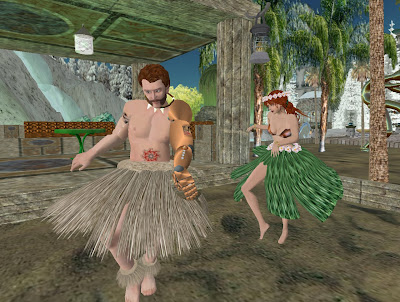 My favorite couple in SL, well I am biased.

Edward: Does this skirt make me look fat?

Christine: Shut up and dance. 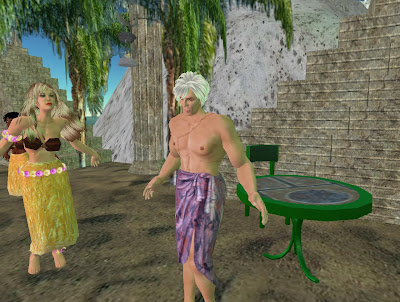 Baron WulfenBach who apparently likes to take his shirt off more than I do. 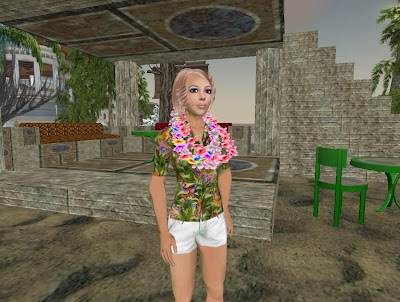 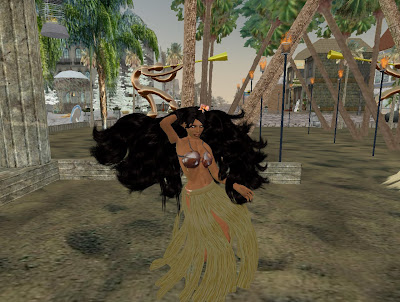 Just goes to show, if you tease your hair too much it starts fighting back. 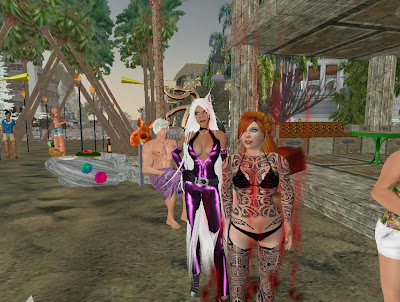 The Mistress convention is being held elsewhere ladies. Although I do want to know how the Baron does the magic trick of sitting on air. 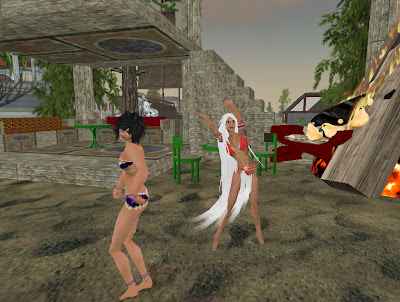 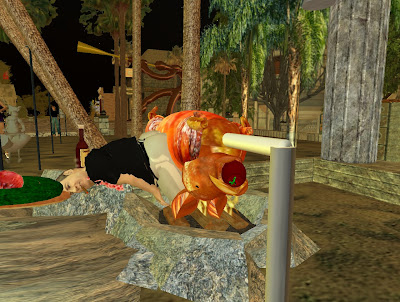 Roast tourist was the main course for this event. I like mine well done. 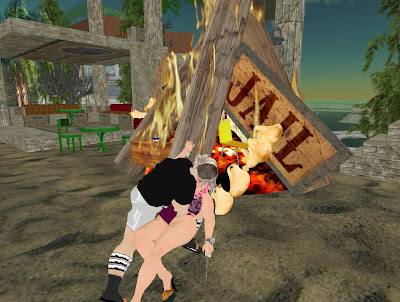 Comments fail me... is that a chaise in the fire? 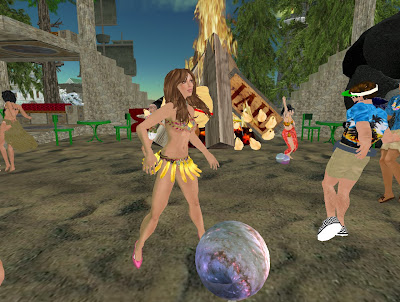 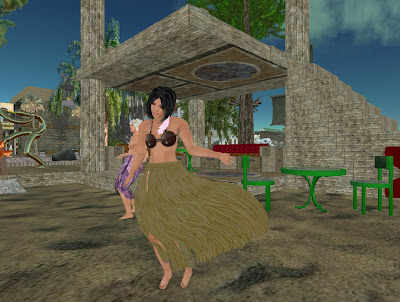 Krystine: OMG how did sand get up THERE!?!?! 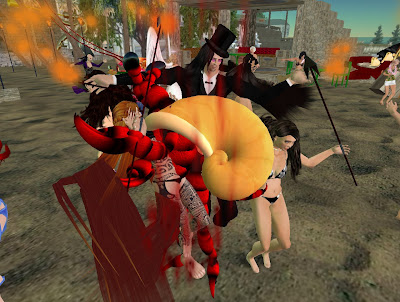 It appears a giant crab came out of nowhere and started to attack Myfi. She began to beat it with her sticks o' fire and some nice bystanders came over with their fire sticks and beat him off of her. In the end the crab was cooked well done and everyone had a good after dinner snack. 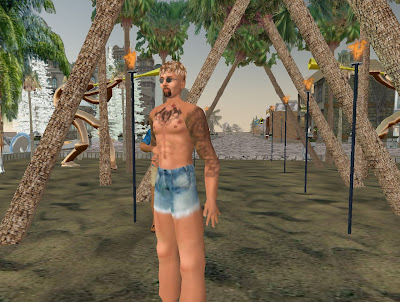 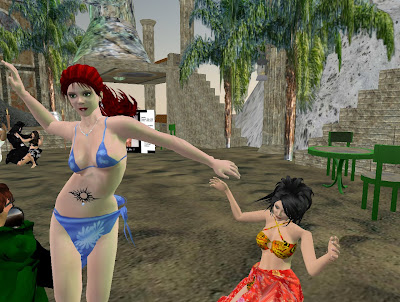 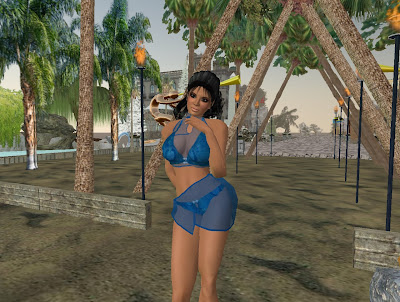 Miss Genie shows up fashionably late. You missed out on the roast tourist!

Posted by TotalLunar Eclipse at 9:44 AM

I have been requested to remove my shirt by women with swords and access to death rays. I came here primarily to escape being shot at, and am therefore happy to comply.

As to the sitting on air: talent.