Dunvegan Castle on Isle of Skye in Scotland.

I knew this would be a difficult task. By glances of some of the original plans it seems everytime a new cheiftan of the clan took over the castle another section was added. The east wing is at an odd angle to catch the early morning light... and by the turn of the century half its fortress walls had been taken down. 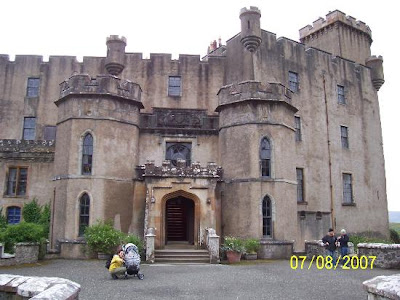 This was a commission from Her Ladyship Eva Bellambi, to restore the ruins of her family castle of Isle of Skye.

I first surveyed the land and cleared out the caved in walls so I was working with literally a clean slate of rock and mortar. 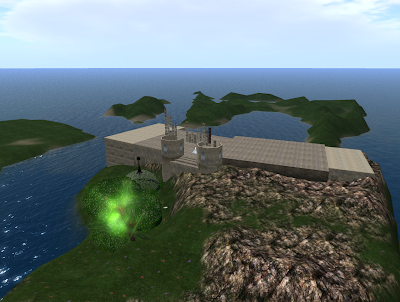 Here is a few weeks into the project and sevreal walls built as well minus the entrance. 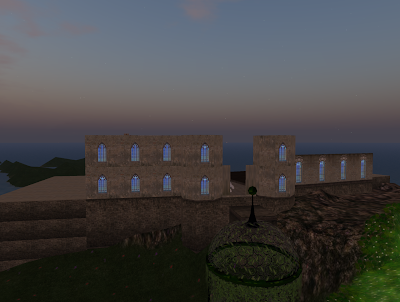 Juggling Steelhead duties and my humans work during his busiest season the build went slowly, more slowly than I would have liked. But it gave me time to give more attention to detail, to researching the interiors of scottish casltes which was a first for me and of course having all custom textures done or tweaked by Miss Eladrienne Laval.

The end result was something I was truly content with and something Lady Eva liked as well.

So I give you, Dunvegan Castle on Isle of Skye. 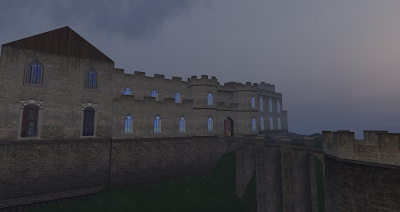 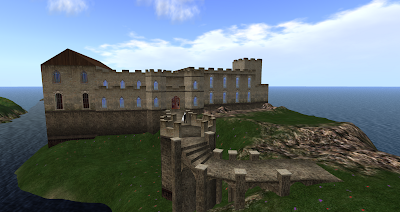