What I see when I leave Steelhead

Eladrienne was right... whenever I go outside I find the most interesting 'colorful' people.

From the back I was admiring her jacket, when she turned around I had to cover Elle's eyes. 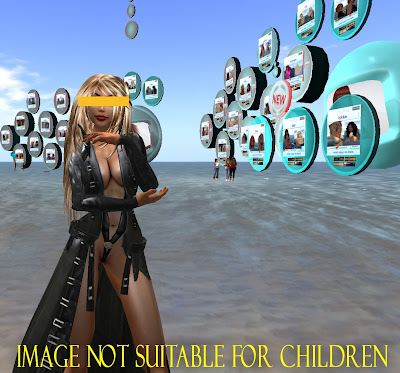 I knew that misery loves company but I had no idea that this sort of thing came in packs of three. I actually spent about two minutes trying to get all three of them in one shot which was a feat itself with their rather large... Elle calls them 'watermelon' backsides. The ringleader of the three is in the middle, the only reason I knew she was pregnant not because of the annoyingly green text but because she kept belting it out as well like an off key tenor.

I did not know they made jeans that could withstand that much pound per square inch without ripping but I'm sure the fabric was screaming in pain. 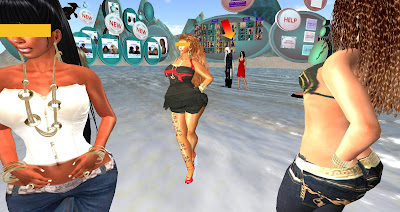 Posted by TotalLunar Eclipse at 4:02 PM

It is an unbelievable talent of yours to find the most "interesting" folks while out in the world.

And I'll have to give the credit for the term "watermelon 'arse'" to the writers of the "What the Fug?" blog, who seem to share your same talent.